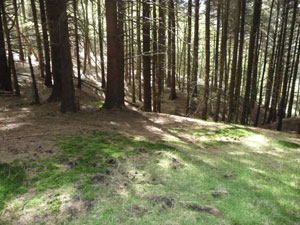 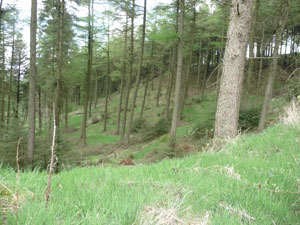 Followed by a Saturday Evening UltraSprint in Macclesfield West Park

There were small prizes for the top scorer in each age class over the 2 days of competition. Some winners could not stay for the prizegiving on Sunday (possibly football called?). If these people would like to contact us we could arrange collection of the prizes.

In addition Graham Johnson won a bottle of wine in the NWJS Raffle.

Any prizes not claimed by the end of July will be given to the MDOC John O'Goats Charity event next January, on behalf of Mountain Rescue.

If anyone entered the events, but didn't run, we will be pleased to send them their maps - e-mail address as above.

Organising an event so close to home was a pleasure.

Generally comments received suggest that you all had a good time and were pleasantly surprised by the orienteering challenge presented to you in an infrequently used part of Macclesfield Forest.

We'll certainly take some learning from car parking and will aim to avoid the difficulties that some of you experienced in the future.

The balmy Macclesfield sunshine and the food and drink provided by the NWJS added to the relaxed occasion.

Special thanks to the Planner (Vicky), Controller (Brian/Dave) and Landowners.

As usual the MDOC volunteer resources stepped up to the mark and helped ensure that the evening event went smoothly.

We did have some challenges, to be expected I suppose when providing two events in two locations on the same day. However I hope these were transparent to you and did not interfere with your orienteering enjoyment too much.

I hope you enjoyed the bar-b-que.

I tried to ensure that all courses visited some (or most) of the best terrain the forest has on offer. For the longer courses this meant that from the start you needed to carry on climbing to reach 'the meadow' at the very top luckily by the time you had all descended down through the forest all some of you could remember was 'the sting in the tail' at the end when you had to climb again out of the spectator control, a bit cruel I know but with all the short legs I had run out of map to get the required distances in ... besides which, I reckoned this would be a real test of fitness right at the end when you were already mentally and physically tired! Leading times for all classes were impressive given the challenges you faced. The constantly changing runnable terrain coupled with the shorter legs for middle distance required a sharp mind and on the technical courses there were no significant opportunities for path runs so I hope you were entertained throughout!

Many thanks for all the favourable comments ... they are very much appreciated when you've tried your best. I am glad that you have all now sampled the bramble free parts of Macclesfield Forest.

I'd just like to say thanks to everyone for their enthusiasm and positive comments at the ultrasprint. We did have a few glitches - a temporarily misplaced control, some difficulty with initial downloads, a duff box, non-working super-fast dibbers, a vandalised control near an intimidating group ... but people seemed to take their assorted embarrassments with very good grace, and made the most of a lovely evening, an excellent barbecue, and a novelty but nonethless challenging race format.

I would not be surprised to see more of these spectator-friendly, super-fast races in the future. There were several discussions of how to make the control sequences in gaffles and butterflies easier to pick out - probably easiest done by dropping the box number from the overprint ?

The Northern part of Macclesfield Forest has never been used previously to best effect. It proved, from the comments I received, to be eminently suitable for a middle distance event. I think many of the competitors were pleasantly surprised by both the runnability and technical interest. It was somewhat disappointing that the event (and the other events during the weekend) was not better supported - hopefully the reputation of Macclesfield Forest will be enhanced.

Vicky did an excellent job in planning, as did Brian Shaw in overseeing my controlling. Winning times were about right - one or two a little on the short side and one or two a bit long.

A big thank you to John Britton for developing the Ultrasprint concept for West Park, producing the map, and planning the three courses - together of course with designing (and then building) the maze.

A considerable (and happily much applauded) effort!

I'm embarrassed to confess that the temporarily misplaced control was my fault - apologies to all those affected. And yes, I was bamboozled by the maze - doh!

Enough praise cannot be given to all those members who were involved in a very hectic week culminating in the 3rd Annual Town Centre event.

Glorious weather always helps with organising events and for the second year running we were so lucky.

As an urban event I think Stockport offers both technical and physical challenges and Steve Lang's courses really fulfilled these challenges.

Thanks must be given to Trevor Kimm [c/o 1st. Bramhall Scouts] for the marquee which was delivered, erected and collected very efficiently.

Thanks also must go to the Merseyway Precinct Management and Stockport M.B.C. for their continued support.

Any feedback about the event is always welcome. 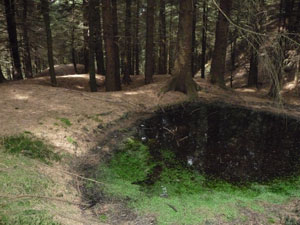 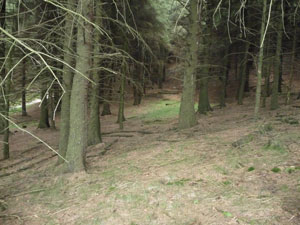