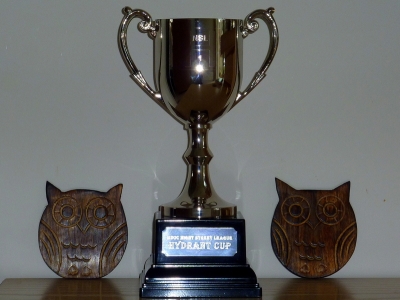 Read on for Marker's Comments, Prize-winners and Photos ...

This year's NSL prize-giving event took place on Thursday 5th March at the Samuel Brooks in Sale on a new map 'Sale West' which included the most complex part of the Ashton-upon-Mersey map plus some brand new complex stuff to the south. The event was once again planned and organised by Peter Ross and Jillyan Dobby - the same team as for NSL4.

As last year, all those who took part were competing for the Hydrant Cup. This is presented to the person who performs best against their on-the-night handicap, which is based on their performance during the rest of the 2014-15 NSL series.

The winner of the Hydrant Cup this year was Jean Payne (DEE).

In addition to this, Grahame presented the Running Bear-sponsored Owl trophies to the winners of the Men's and Women's Handicap competition in the NSL, together with a number of small additional prizes for those who had done well in the overall league tables.

The list of prizewinners for the Night Street League Series 2014-15 is:

Please contact Grahame beforehand to reserve your map and indicate whether or not you plan to eat.

A comprehensive risk assessment will have been carried out by the organiser, but participants take part at their own risk and are responsible for their own safety during the event. 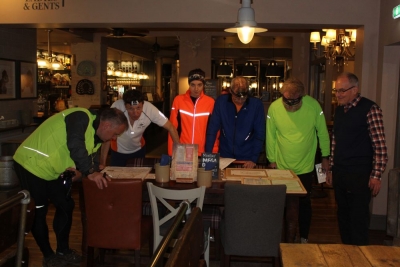 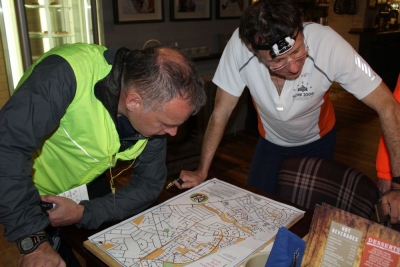 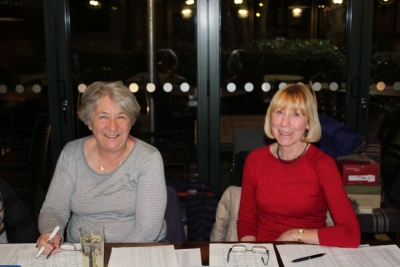 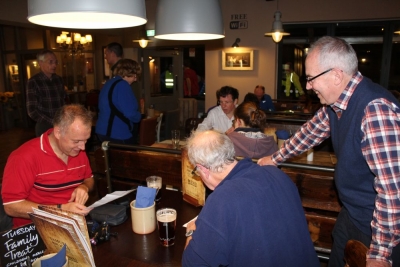 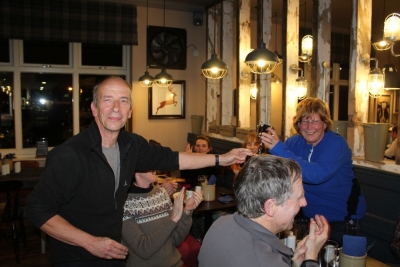 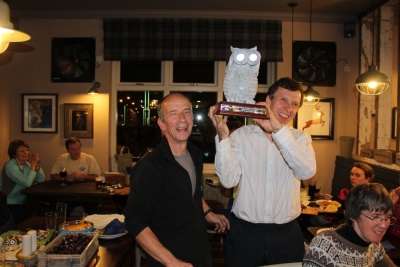 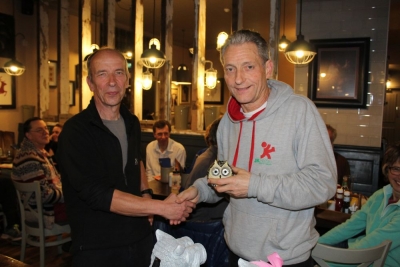 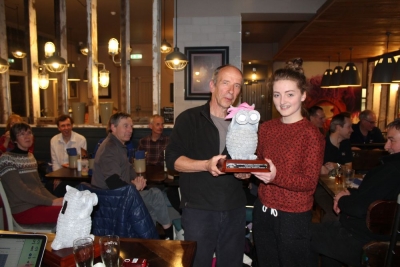 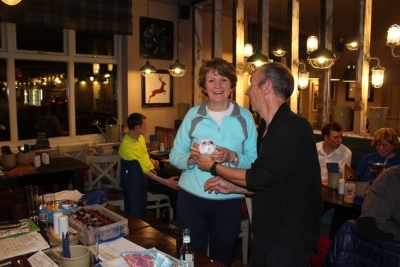 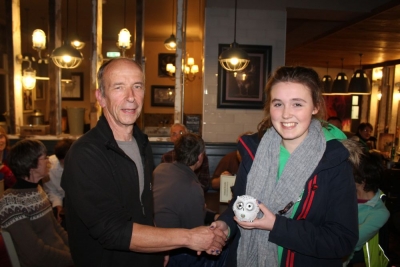 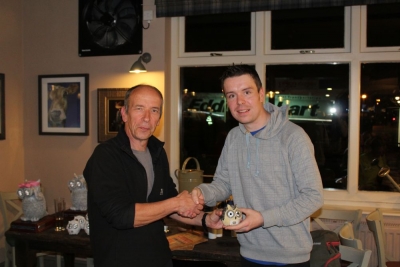 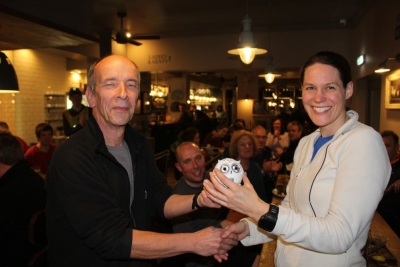 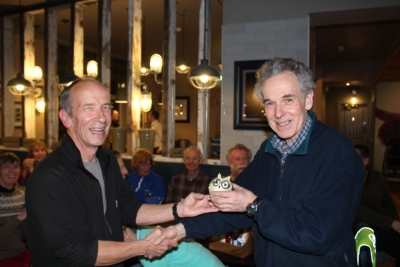 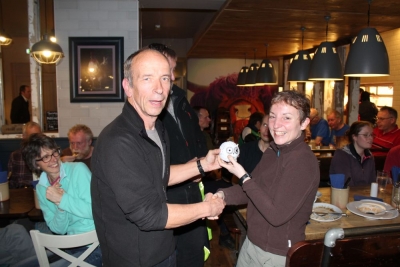 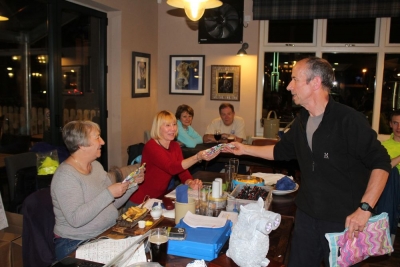 Mementoes for Irene and Jen 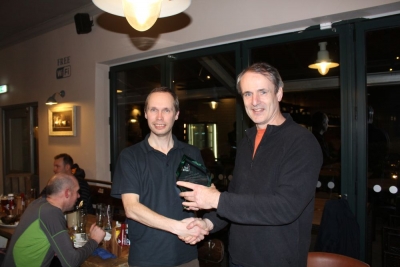