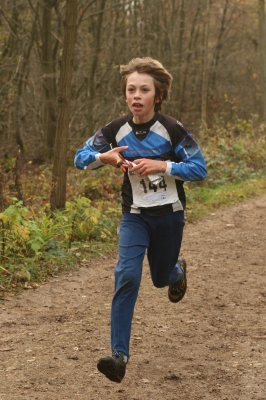 Alistair Thornton (pictured in action at the event below) was 2nd in the Year 9 boys category
Laura & Carolyn Hindle both came 4th in their respective Year 7 & Year 9 girls classes.
The McCann boys were out in force with James 14th (Year 6), Tom 17th (Year 9), and Alex 7th (Year 11).
Matthew Fellbaum 8th (Year 8), Kristian Birtwhistle 27th (Year 10), and Alannah Birtwhistle 12th (Year 12) were all part of a 40-strong Fallibroome contingent.

Well done to all concerned.

.
.Full results and more photos on the BSOA website

At last! A new book on Orienteering
Posted on November 13th, 2010 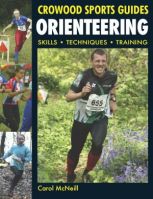 Basic skills, advanced techniques, practical information on training and up to date input from Graham Gristwood and Pippa Archer.

Over 200 maps & photographs in full colour.
An ideal Christmas present.

Witton Park near Blackburn was the venue for the annual Schools Score Orienteering Championship on Saturday 9th October. Schools from all over the country sent competitors to race for medals.

The weather was dry but windy and the ground underfoot was mostly firm and fast running.

Some good results were also had by other MDOC juniors:

Well done to all of you!

In the Individual competition, Alistair won the M14 age category and Tom came 4th (2nd England) in M18, while Alice was 5th (3rd England) in W18.

Well done, all of you!

JK results at the European and World Trail-O Championships
Posted on August 18th, 2010

The highlight of the trip was gaining a Silver medal in the Open Team competition (with Clive Allen and Dennis Mews) at the European Trail-O Championships.

Congratulations to Tom Fellbaum (M18) who has been selected to run for Team GBR at this year's Junior European Cup, Thursday 23rd - Sunday 26th September in Scotland.

Three MDOC juniors have been selected to represent England in the Junior Home Internationals to be held in Scotland in September:

Congratulations to you all!

JK selected for British Trail-O Team
Posted on May 13th, 2010

Congratulations to Thomas Fellbaum (M20) who is one of the 10 athletes selected to attend the British Orienteering International Racing Camp this summer. The camp runs from Saturday 31st July - Sunday 8th August, in Gdansk, Poland.

Also to sister Alice (W18) who has been selected for the Talent Coaching Camp, which runs from Saturday 24th - Saturday 31st July, in Cairngorm, Scotland.

This is the 4th year that Tom has been selected for a BOF summer training camp, and the 3rd time for Alice.

Congratulations to John Kewley who became joint British Champion in the Open Class at the Trail-O Championships at Hednesford Camp on Cannock Chase last weekend.

There was a dead heat between John and Ian Ditchfield (MV) who both got 22 correct controls out of a possible 25, and had identical aggregate penalty times of 39 seconds for the four time controls.

Congratulations to MDOC members who won prizes and medals at BOC 2010 on Cannock Chase:

Following on from their success at the Middle Distance Championships, Tom Fellbaum (M18) and Andrew Gregory (M75) were on the podium again the following day, winning their respective age classes at the British Elite Sprint Championships in Chorley.

Congratulations to them both!

Congratulations to Thomas Fellbaum (M18) who won the Under-21 Elite trophy at the British Middle Distance Elite and Age Class Championships at Haverthwaite last weekend, beating all the M20s.

Congratulations to all members who won prizes and medals at JK 2010 in Devon:

Congratulations to Thomas Fellbaum (M18) who has been selected to be a member of British Orienteering's inaugural World Class Talent Squad.

Congratulations to Alistair Thornton (M14) and Vicky Thornton (W45) who have been selected to represent England in the Interland Cup 2010 on 7 March at Hechtel, Leopoldsburg in NE Belgium. And to Thomas Fellbaum (M18) who has been selected as 'travelling reserve'.

They will compete against two Belgian teams (Flemish and French speaking), the Netherlands, the Nordrhein-Westfalische (NW Germany) team and a French team from LNPCCO.

The full team is listed on the Orienteering England website. 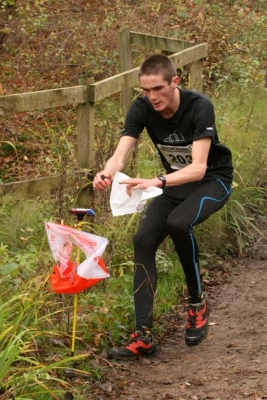 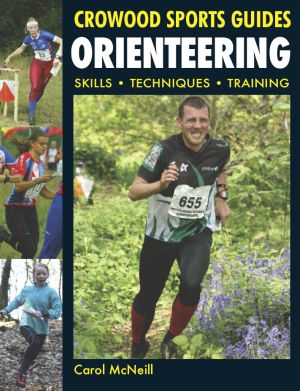 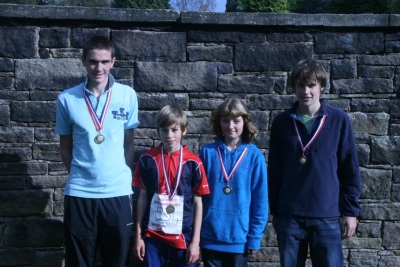