This is the 9th year that we have presented these awards.

Looking back over the events of 2014 and in order to be as objective as possible in deciding who our awards will be presented to, it has been interesting to read about all the exciting places and range of events where our members have plied their orienteering skills. From a Turkish bazaar to the canal paths of Manchester, from sunny Brazil to the desolation of mist laden moorland of the UK and from the snowy Swiss mountains to the coastal forests of Sweden our members have been taking part. In addition the club has had a comprehensive programme of events so there has been many results to check through to reach the following conclusions. 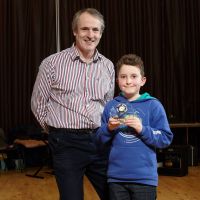 We begin with the most promising newcomer of the year. This goes to a junior who in the short space of time that he and his family have been members has shown ability, keenness and improvement. We look forward to seeing him progress in the future after a year of good places in many 2014 event a highlight for this youngster last year was gaining a podium place at the White Rose event.

The award goes to Dominic Wathey.

The award for the most improved orienteer of the year goes to a very committed orienteer whose strong running ability and improved technique has seen his placings improve noticeably. He is a very active orienteer competing at home and abroad and taking part in many urban events where he has been particularly successful. His class is a very competitive one so his results this year are commendable. He has been orienteering for quite a while so it is good to know that you can improve.

The award goes to Trevor Hindle.

This years’ junior female award goes to a very regular orienteer who is strong across a range of events. She continues to improve each year and yet again in a very competitive class, she achieves many good results. In the more prestigious events she was 6th overall in the JK, 7th overall in the Lakes 5 Day and 2nd in the Twin Peak. Her performances have been recognised nationally as she has been selected for Interland competition early in 2015.

The club now recognises these achievements in awarding Laura Hindle junior female of the year.

The junior male award goes to a junior in a very competitive class who this year has shown his true strengths. In his first year in the premier class of M18E he was 4th on day 2 of the JK and ran the fastest first leg in the intermediate relay, was 4th in the British Championships, 2nd in the Northern Championships and was 5th overall in the Lakes 5 Day. His performances are noteworthy and this accolade well deserved.

The award goes to Alistair Thornton.

The senior female award of the year goes to an orienteer who for many years has been very active and committed. She sets her sights high and always has winning as her target. Over the years she has always been at or near the top of her class – a class where there are several competitors challenging each other for top spot. This year her results speak for themselves.3rd place in the British Championships, 2nd in the Northern Championships and 2nd overall in the Lakes 5. She represented England in the Veteran Home International. She also been selected for England in the Interland Cup.

The senior male of the year award goes to an orienteer who sets the bar very high in all types of events. He is an incredibly active competitor who travels far and wide to run in a sport that he obviously lives, eats and breathes. This year he was 3rd in the JK sprint and 6th overall, 1st in the Lakes 5 Day, 2nd in both the British Middle Distance and Northern Championships and 1st in the British Championships. He was also selected to represent England in the Veterans Home International.

Yet again the team of the year award has produced several contenders. The M18 team of John Dempsey, Matt Fellbaum and Alistair Thornton won the British Championships, a fantastic result. The W50 team of Heather Fellbaum, Hazel Hindle and Vicky Thornton took 3rd place also at the British Championships - another really good result. However the award this year has to go to a group of 7 who seem to gel as a group wherever they are. Through their dedication to their training and winning spirit these MDOC juniors were  a force to be reckoned with at the Peter Palmer relays. After 7 exciting legs they lost by only 2 sec. They just have to be team of the year.

Finally this year’s Special Award goes to someone who has progressed each year and whatever the event he has shown the ability to perform consistently at a very high level. His performances have always been high so to be recognised by the North West Junior Squad as the most improved orienteer in a group of highly talented youngsters is testament to his ability. His recent selection to represent Great Britain Schools in the 2015 Schools World Championships in Turkey really highlights his orienteering achievements. This award is given to a youngster that the club can be proud of.

The award goes to Matthew Fellbaum.

More of Peter Cull's photos of the Award ceremony and Social can be viewed at www.petercull.com. 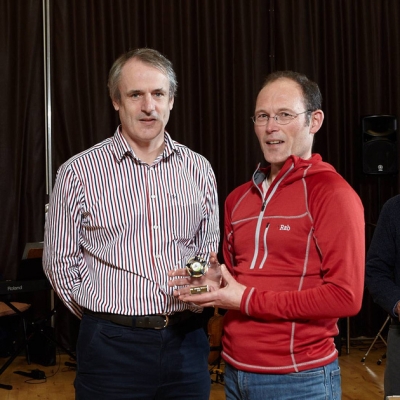 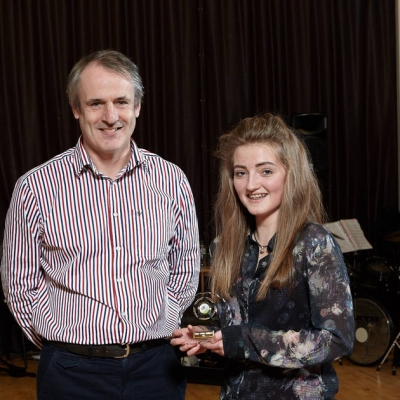 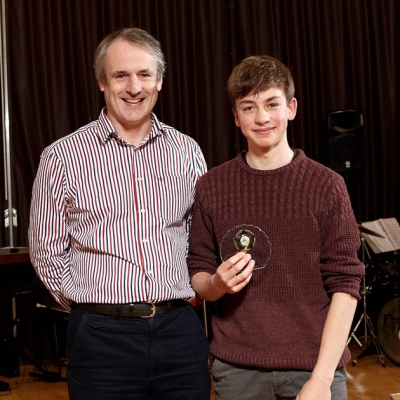 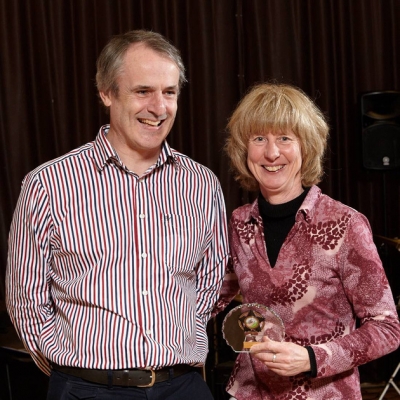 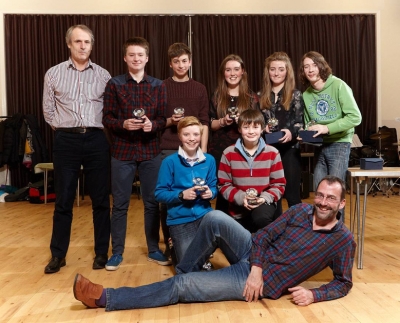 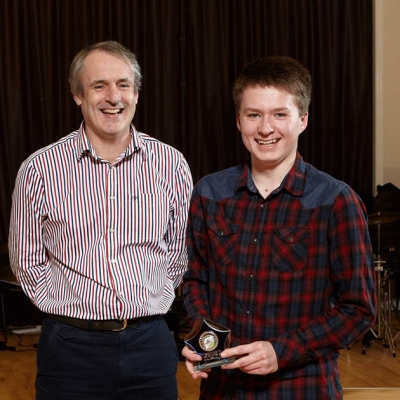