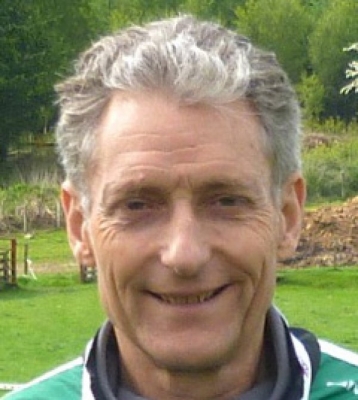 Club committee - Club Chair for three years.  Since 2010, John has been Vice-Chair of the Greater Manchester Orienteering Association. Committee member. Mentor and coach to International Orienteers.  No one in our club works harder.

Coaching - John started helping Manchester and District Orienteering Junior Club. He helped with the North-West Junior squad starting in 2002.  Level 2 in 2003 and Level 3 in 2007. Coached at the British Orienteering training event organised in the Lakes in April 2008.  2009 organised club coaching day at Bouth woods about 20 attended. Ran club coaching days at Halkyn mountains 2012, Lakes, and weekends in Scotland.  Helped at Lagganlia from 2011 to 2014.  In 2009, ran a course - 'Intro to OCAD'.  John was the Organiser of the Sprint event at M/C Univ.  Planned NWNL event at Watergrove.  2010 - Ultrasprint planned in Macclesfield. Produced the map, and planned three courses together with designing and building the Maze.

Mapping – John learned OCAD in Portland in 1995, and wrote a new map of Hoyt Arboretum, later used for the World Masters Games. MDOC Night Street League.  John is involved at every level. The mapping standards and planning are regulated by John to ensure competition is fair and understood by all.

Social Media/Information & Communication Technology - 2015 ran the club's Facebook Page.  Formed a media sub-committee to share ideas and work concerned with Facebook and Twitter.  2015 Trialled the MOBO app organised the first local MOBO event in Burrs Park Bury in 2016. Wrote a detailed guide on how to use MOBO.  In 2020 John was closely involved with the production and promotion of the 4 Getting Started Sport England videos. They have been used by other clubs and praised by local schools. He also wrote a detailed guide on how to use them.

Congratulations John on winning this award!