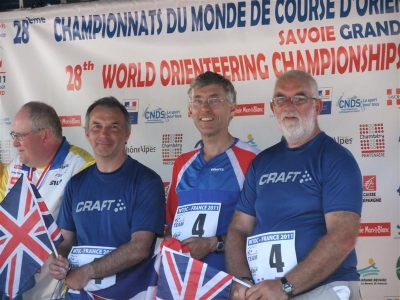 Congratulations to MDOC members and other students of schools in the Manchester area for their excellent performance at BSOC 2011, which was held last weekend at Beecraigs Country Park in West Lothian.

Top ten placings were achieved by:

The final event in the 2011 Club Championship took place last Sunday at Clowbridge, so the results are now decided.

Congratulations to all of them.

The North West Orienteering Association are using the prizes of two top-quality headlights donated by the sponsors to encourage more participation and to tempt more 'newcomers' to Night Orienteering.

In typical orienteering fashion they have devised a novel scheme for the awards that rewards turnout as well as success, with an added element of chance thrown in for fun.
A slightly different system is in place for newcomers and lapsed night owls returning to the League, which is, like its daytime equivalent, open to orienteers from all regions and not just NWOA
So if you fancy winning a top-notch headlight and getting some quality night orienteering in over the winter, full details of the event formats and rules can be found here.

The list of North West Night League events for your diaries is:

Did you miss the AGM last week? If so, you can read the Chairman's Report here.

First place for Vicky at VHI
Posted on October 14th, 2011

At the Veteran Home Internationals (VHI) last weekend in Scotland, Vicky Thornton won her class W50 (and was the only English team member to win their class). This helped England win over Scotland, Ireland and Wales.

Full results are available on the Scottish Orienteering website: http://www.scottish-orienteering.org/soa/page/veterans-home-international-2011/ 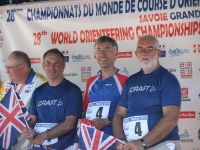 At the recent World Trail Orienteering Championships (WTOC) John Kewley of MDOC finished 10th in the Open class, after an excellent start (placed 3rd after day 1). A consistent performance by the whole British team on Day 2 put them on the podium in 4th place.

Full results are available on the WTOC part of the WOC results website: http://live.woc2011.fr/index.php?id=wtoc2011-overall-results 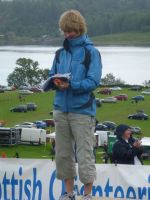 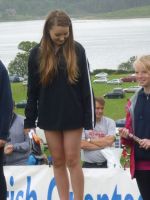 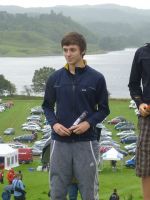 John Kewley has been selected for this year's World Trail Orienteering Championships (WTOC), although he dropped to 2nd in the selection ranking list (top 2 plus a wildcard are selected for the Open class). This is the third year in a row that JK will be representing GB at the World Championships in this form of the sport which will be concurrent with WOC. He will be trying to improve on his 40th and 26th at his previous two outings. 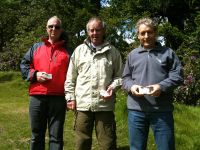 A number of MDOC members travelled north to the Scottish Championships last weekend and came home with some good results.

In the Individual competition at Auchingarrich, John Britton came 2nd in M60L, Dave Bryant was 1st in M60S and Sue Birkinshaw finished 3rd in W70L.

Other results were Kate Bryant - 6th in W55L, Chris Rostron - 16th in M60L.
Dave Mawdsley was leading in M70L by over 5 minutes at control 9, but unfortunately then mispunched.
Roger Bryant (M20L) also mispunched.

The next day, in the Relays at Drummond Castle, Chris Rostron, Dave Mawdsley and John Britton somewhat surprised themselves by winning the Handicap 18+ points Relay:

Congratulations to Alex McCann (M16) who has been selected to attend British Orienteering's Talent Development Coaching Camp, which is being held from Saturday 23rd - Saturday 30th July in Cairngorm, Scotland.

Congratulations to members who won prizes and medals at BOC 2011 in Sheffield this weekend:

Well done also to the two MDOC mixed teams who just missed out on podium places, coming back in 4th place:

Congratulations to members who won prizes and medals at JK 2011 in Northern Ireland:

Congratulations to those members who won medals in Sussex last weekend:

Full results on the British Sprint and Middle Championships website

In the mens classes, congratulations and commiserations go to John Britton (M60), who finished in 2nd place just 1 second behind the winner! 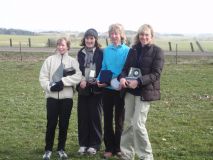 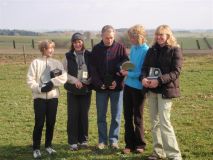 This year's DEE/MDOC Challenge and Social will take place on Saturday 7th May 2011 at Beeston Castle - please reserve the date in your diary.

Read the Challenge and the Response.

MDOC's John Kewley is in Sweden for the World Ski-Orienteering Championships as the GB Team Manager. This will be the first time that GB has had a team since 1998. Web TV, GPS tracking and live results will be available from 22nd-27th March on the event website: http://www.skiwoc2011.com for anyone interested in following their progress. 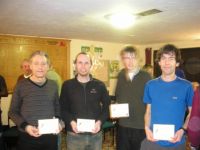 Final league tables for the SROC Night Street League 2010-2011 have now been published on the SROC website.

Several MDOC members (pictured) were among the award winners:

The final scores from the North West Night League are on the NWOA website.

Congratulations to the Winners of the 6 classes and as usual their prize is the proof and knowledge that they were better than the rest.

Thanks to all the organisers and planners and finally thanks to the record 230 different competitors and even though SROC hosted the Northen Nights to boost the average attendance to 46 there were no events with less than 35 competitors. Five years ago no events reached 30 competitors. So keep encouraging everyone for next season. 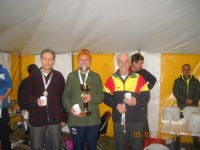 Congratulations to John Britton who came 3rd in M60L at the British Night Championships on Saturday. The Championships were held at Bentley Wood, Warwickshire. (Photo courtesy of Derek Fryer)

Have Fun and Get Fit!

MDOC will be running an exciting new introduction to orienteering, suitable for all ages, fitness levels and abilities (specifically beginners but also those who want to improve skills). There will be a regular evening "session" held at Hazel Grove Target Recreation Centre, every Monday from 10th January 2011. The sessions will be held between 6.30 and 8 pm and will be run by a qualified orienteering coach. A small charge will be made to cover costs, adults £2.50, children £1.50 and families £5.

The 'Have Fun Get Fit' sessions will involve learning how to navigate using simple exercises indoors and outdoors (weather permitting), they will also involve physical exercises to build your body strength and flexibility.

There is no need for special equipment, just come along in comfortable jogging/leisure clothes.

Details on the Begin / Train page. 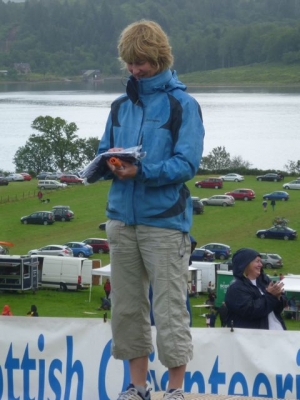 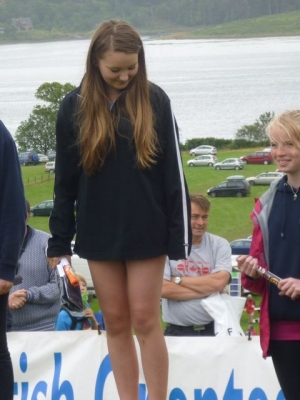 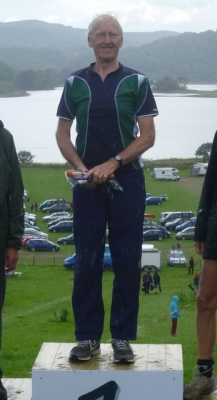 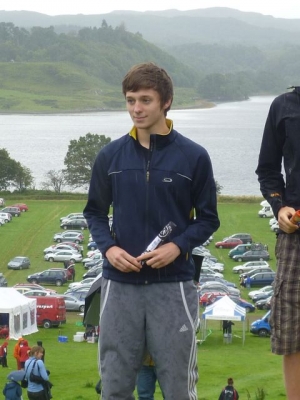 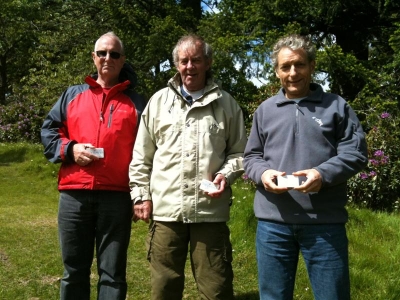 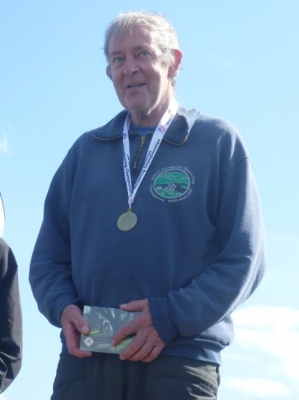 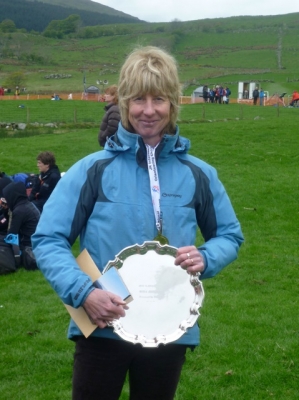 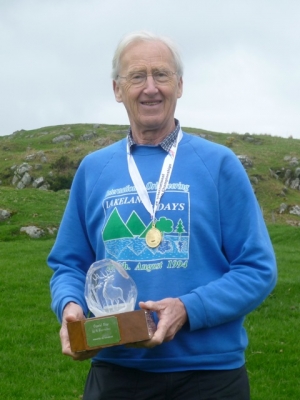 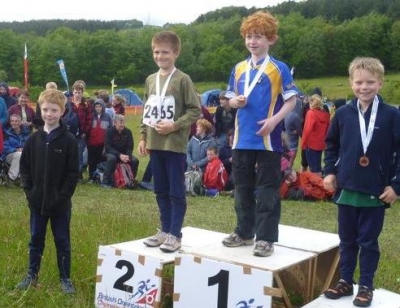 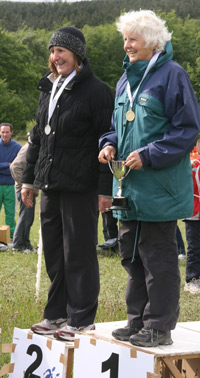 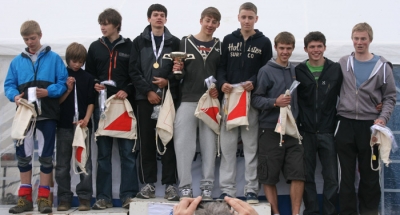 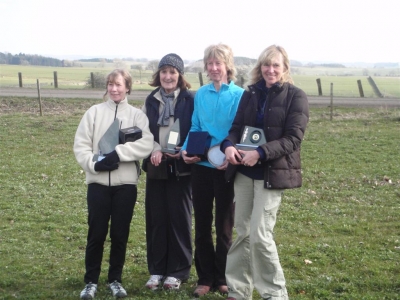 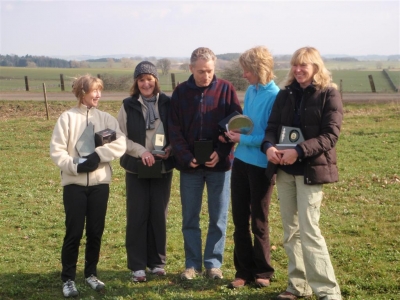 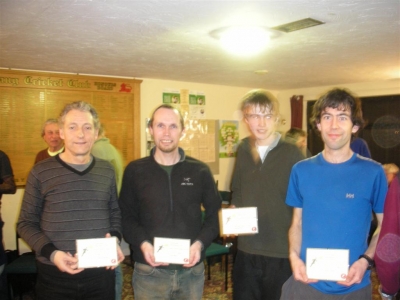 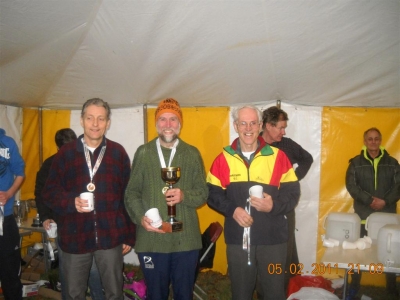